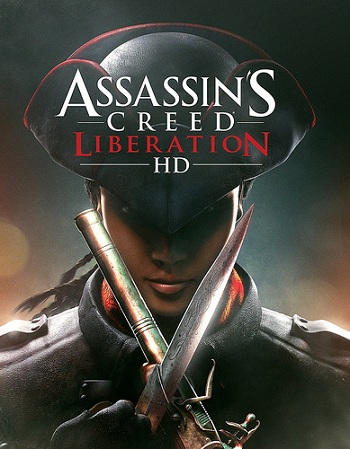 Uploaded: 19.12.2020
Content: text 23 symbols
Loyalty discount! If the total amount of your purchases from the seller SOFT-KLUB more than:
If you want to know your discount rate, please provide your email:

Next year´s guaranteed hit, "Assassin´s Creed Liberation HD" is a new chapter on the prehistory of the American Revolution in the Assassin´s Creed saga. Improved gameplay, well-thought-out storyline and HD-graphics "Liberation" allow you to fully immerse yourself in the world of "Assassin´s Creed".

Assassin Avelina confronts the Spaniards, who in 1765 are forced to take control of the southern state of Louisiana. The main character in the struggle for freedom uses various abilities and weapons from her arsenal. Destroying enemies with the help of various assassin´s techniques or luring them into deadly traps, Avelina strikes terror into the heart of anyone who gets in her way.

Voodoo magic and Mayan ruins await you on an unforgettable journey that Aveline will experience. She has an important role to play — stirring up the fire of revolution in New Orleans at the dawn of a new state. Avelina fights not for personal freedom, but for the freedom of those whose lives and hopes have been trampled.

Features of the game:
- Avelina is an assassin of Franco-African descent - you will have to use your skills, instincts and weapons. In your arsenal you will find a machete, a blowpipe with poison darts, a whip, and dueling pistols.
- The AnvilNext engine used in the game will present to your attention a beautifully detailed world with completely new physics, animation and combat system.
- A gambling quest for Mayan treasures awaits you! But be on the lookout - dangerous animals are waiting for you in the wild thickets and swamps.
- High dynamic range (HDR) visualization, high detail of the environment and characters, improved footage will create a lasting impression of the game. The new technical base "Liberation HD" opens up new horizons for graphic possibilities.
- Expanded gameplay capabilities: new tasks have appeared, in which the character movement has been improved, the story of Avelina is told in more detail and the design of the game world has been improved, which will expand the possibilities when completing tasks. The soundtrack of the game deserves special attention: it will delight you with new music and special effects.