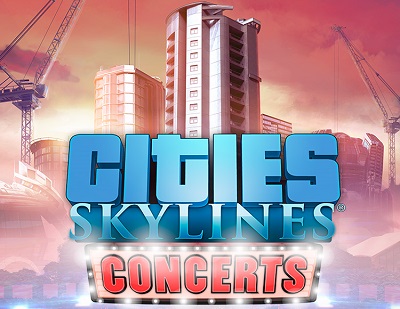 Uploaded: 28.05.2021
Content: text 17 symbols
Loyalty discount! If the total amount of your purchases from the seller SOFT-KLUB more than:
If you want to know your discount rate, please provide your email:

Attention! To start the required Steam-version of the game Cities: Skylines.

You buy an official key for the Cities: Skylines: Concerts add-on from Paradox Interactive

Cities: Skylines - Concerts is a miniature addition to the award-winning city-building simulator. This add-on gives you the ability to plan and host concerts and brings a new music radio station to the game. Rock, folk, pop and EDM bands are at your disposal. The Concerts add-on brings a melodic component to the sounds of everyday city life.

But choosing music at Concerts is just the beginning. To put on a truly epic show, you´ll need to build new headliner buildings, organize festival management for ticket sales, run ad campaigns to boost bands´ popularity, optimize security budgets, and more. Players are given full control over everything: from what is happening on stage to behind the scenes.