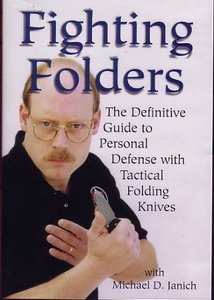 For those who think the knife fight, "a sport", this film is dedicated to the ... If you are so naive that they think the knife fight sports, you either never fought them for real, or just fooling themselves, according to the author of this educational film, Fighting with Tactical Folder. In combat, the knife-to-knife only two outcomes: bad (when you were alive) and very bad (you know ...). The main thing in it - to save their lives and protect their loved ones, and to master the skills of effective knife fighting, and this film was created. Why folding knife? Because wearing it much more convenient than the conventional knife, it is more effective in an urban environment, where culture and law and order are not welcome open carrying large knives. Proposed in this film techniques are simple and effective, in general, is a technique of cuts, as applied such injections knife through tight clothes is not as convenient as a cut. Much attention is paid to the confrontation against the enemy armed with a knife. The cuts, jabs, punches and kicks well with one another and come together in a simple and clear system of armed self-defense.