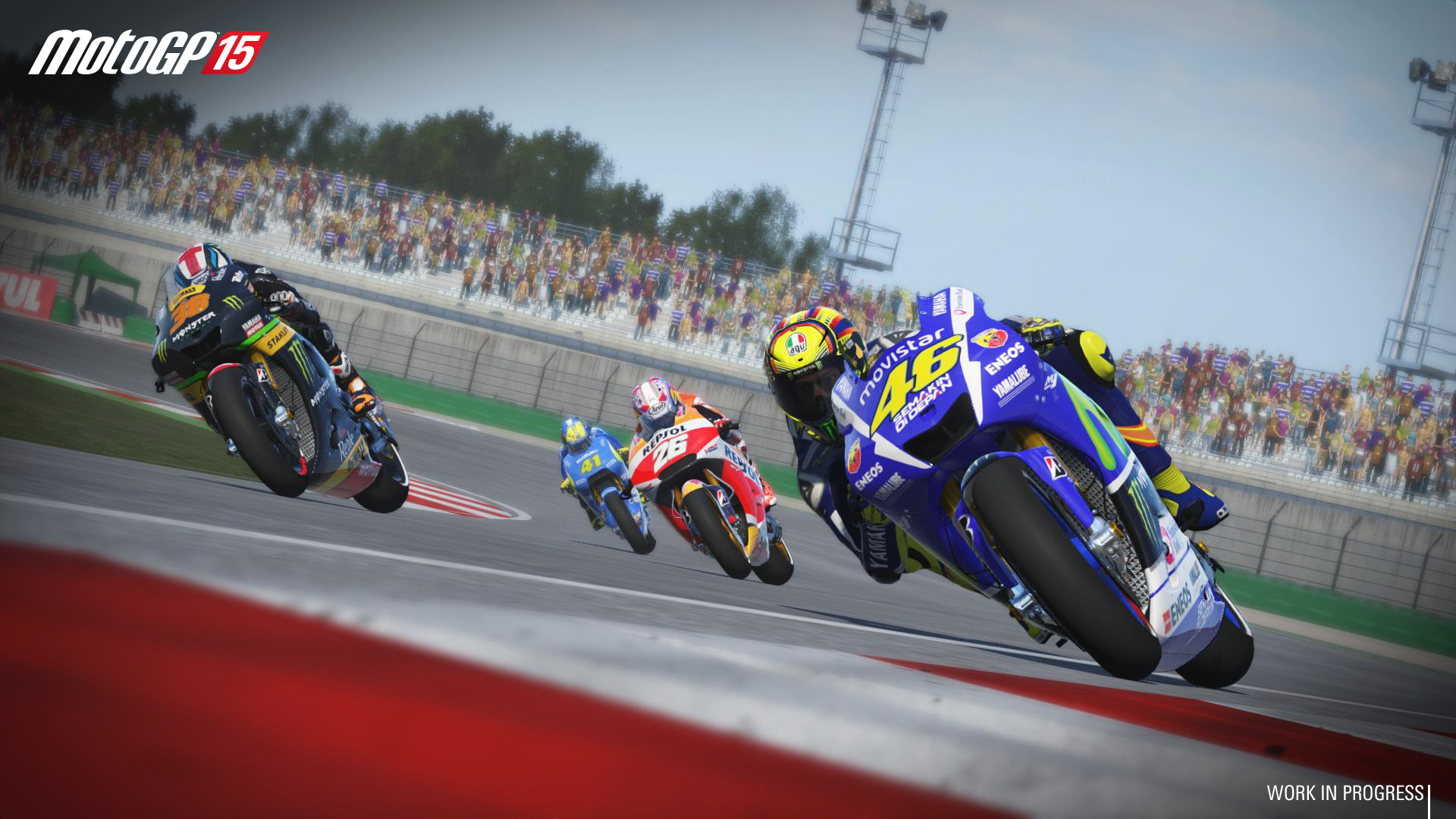 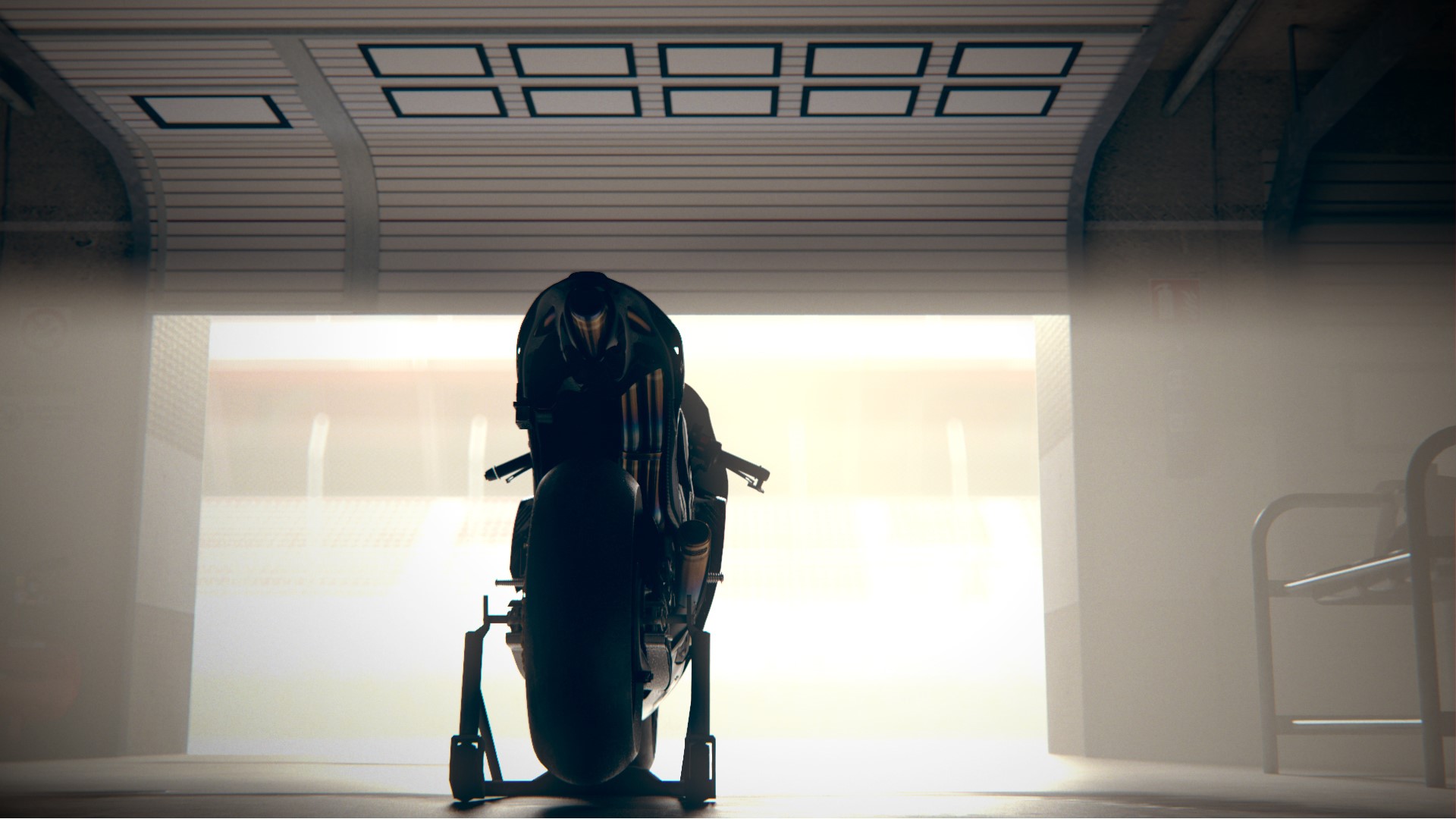 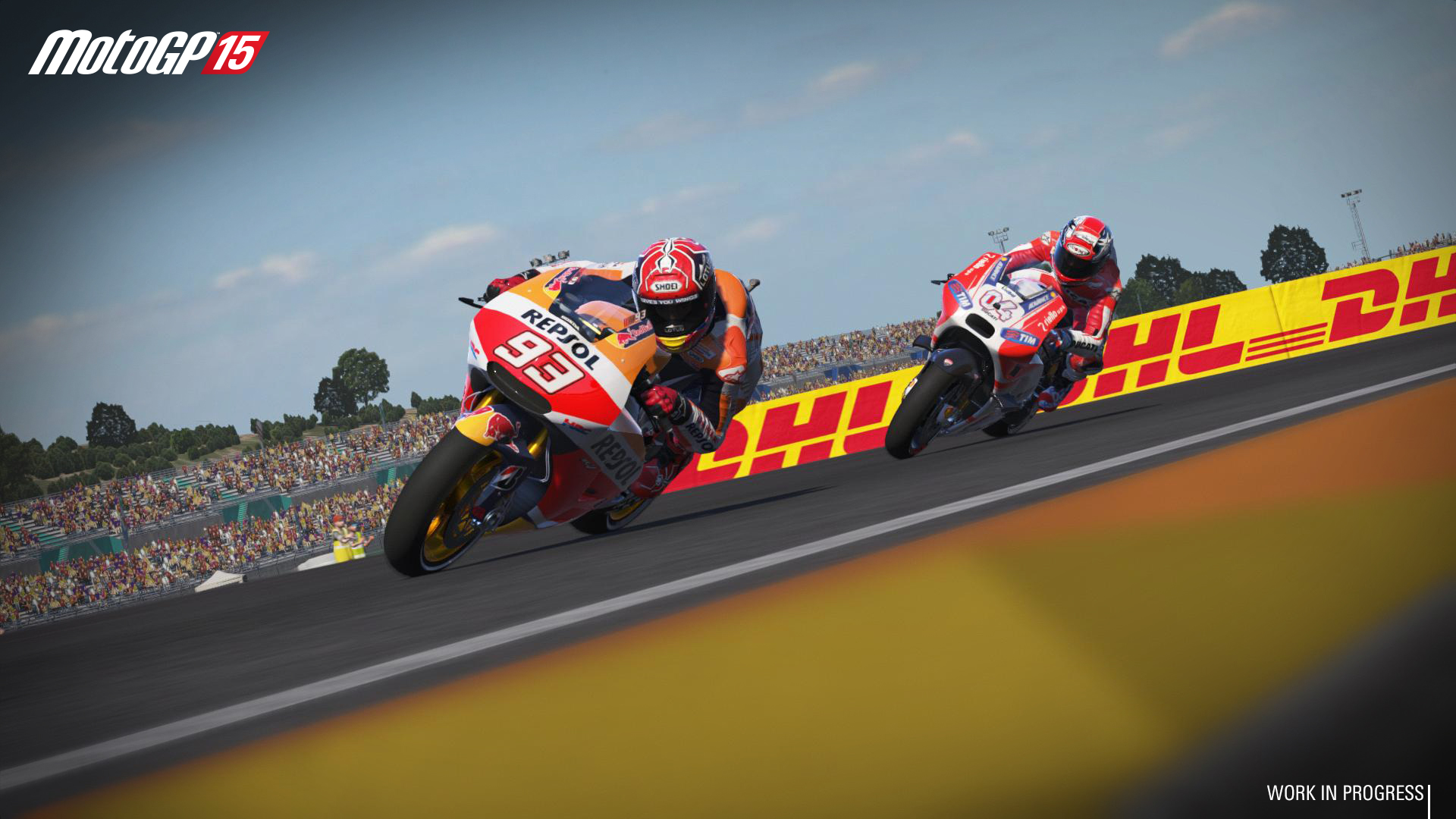 Are you ready for the new challenges of MotoGP™15? Compete against MotoGP™, Moto2™, and Moto3™ riders on the 18 circuits of the 2015 championship in a bid to win the world champion title!

⭐ MotoGP™15 is back with a range of new features to guarantee an even more comprehensive and compelling experience. The career mode has been expanded with the introduction of Personal Teams, the AI and physics have been overhauled and optimized with improved interaction between bike and rider, and a new game mode sees you trying to beat the times set by the best riders in each category.

⭐ MotoGP™15 allows players to experience first-hand the adrenalin-charged world of the most exciting championship in motorcycling!

✅ Personal Teams
For the first time ever, in Career mode, you can create your own personal team: purchase the bike you prefer, choose the team name and logo that best represents your own personal style, and customize your team livery and colors! At the end of each race, in any mode, you will receive GP Credits on the basis of the results you get on the track and the objectives achieved. As your reputation grows, you´ll attract the attention of ever more distinguished sponsors, who´ll ask you to achieve ever more difficult objectives.

✅ Physics and A.I.
The new riding model means bike behavior is even closer to actual race prototypes, resulting in a more immersive and authentic experience. Improved tire simulation, combined with the new bike physics, guarantees you an even more precise and exciting riding experience. Rider and bike now enjoy an improved symbiosis: every dip in the track, every time the rider brakes hard, every time the bike starts to drift, the rider reacts with dedicated animations.
Improved artificial intelligence guarantees a greater and more realistic challenge: your rivals are now more decisive and effective when overtaking, they make more mistakes pushing the limits, and their times are closer to those of their real-life counterparts.

✅ Beat the Time
With the new Beat The Time mode you can put your skills to the test by riding round a circuit and trying to beat the record set by the champions of each class, riding the same bike they were riding, with the same set-up. Have you got what it takes to beat the best on equal terms?

✅ Offline Game Modes
Put yourself to the test riding in a variety of different game modes: hit the track straight away with an Instant Race, customize the event and your bike to race in Grand Prix mode, or participate in all 18 Grand Prix by racing in the Championship. Set track records playing Time Attack, and relive the most spectacular moments of the MotoGP™ 2014 championship with Real Events, or take on challenges from the past in the 2-Stroke Events mode.

✅ Online Game Modes
With online play for up to 12 players, you can challenge your friends in Grand Prix and Championship modes. Try the Split Time mode, where only the most consistent rider will have a chance of winning: beat your rivals´ sector split times over as many laps as possible!
You can also climb the international leaderboards to become champion of the MotoGP™ Sprint Season, a series of races where the challenge level increases with each new race.

✅ Roster
The complete official roster of the 2015 Motorcycle World Championship awaits you! The game features all the riders and teams of the MotoGP™, Moto2™, and Moto3™ categories from 2015 and 2014. They are joined by legends from the past, from Wayne Gardner on his NSR 500 to Noriyuki Haga on his YZR500: can you tame these bikes with their two-stroke engines and no electronics?