The art of pain receptions on the hand, part 1 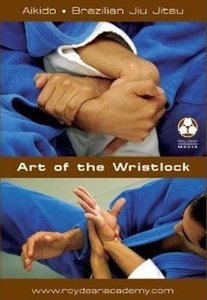 They just did not try to make out of aikido for the last decades! The so-called. Hard aikido, real aikido, aikido with blows, aiki-jutsu, even "competitive" aikido, and here´s a new trend - aikido + Brazilian Jiu-jitsu.

The Brazilian Jiu-jitsu is a piece as popular in the South American continent as football. It takes its roots from Japanese ju-jutsu, and then aikido - the most direct relative. Why not use the relationship?

A well-known practitioner of Brazilian Jiu-Jitsu Roy Dean will show you in this excellent video his system, built on a combination of BJJ and aikido. The techniques of aikido familiar to all martial arts experts are successfully combined with the Brazilian Jiu. Separately it is worth noting the use of pain techniques on the hands in the stalls - a very real and working technique.

Related to item "The art of pain receptions on the hand, part 1":