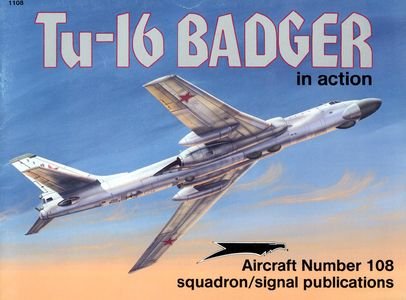 y-16 (with the codification of NATO: Badger - "Badger") - Soviet heavy two-engine multi-purpose jet aircraft. It was produced in various modifications, including the missile-carrying variant, a tanker aircraft, a REB aircraft, etc. It was serial produced from 1953 to 1963 by three aircraft factories. This aircraft was used by the USSR, Russia and CIS states for about 50 years. It also was in service with Egypt, Iraq and Indonesia. Manufactured under the name Xian H-6 in the People´s Republic of China. Over the period of production, more than 1,500 Tu-16 planes were created.