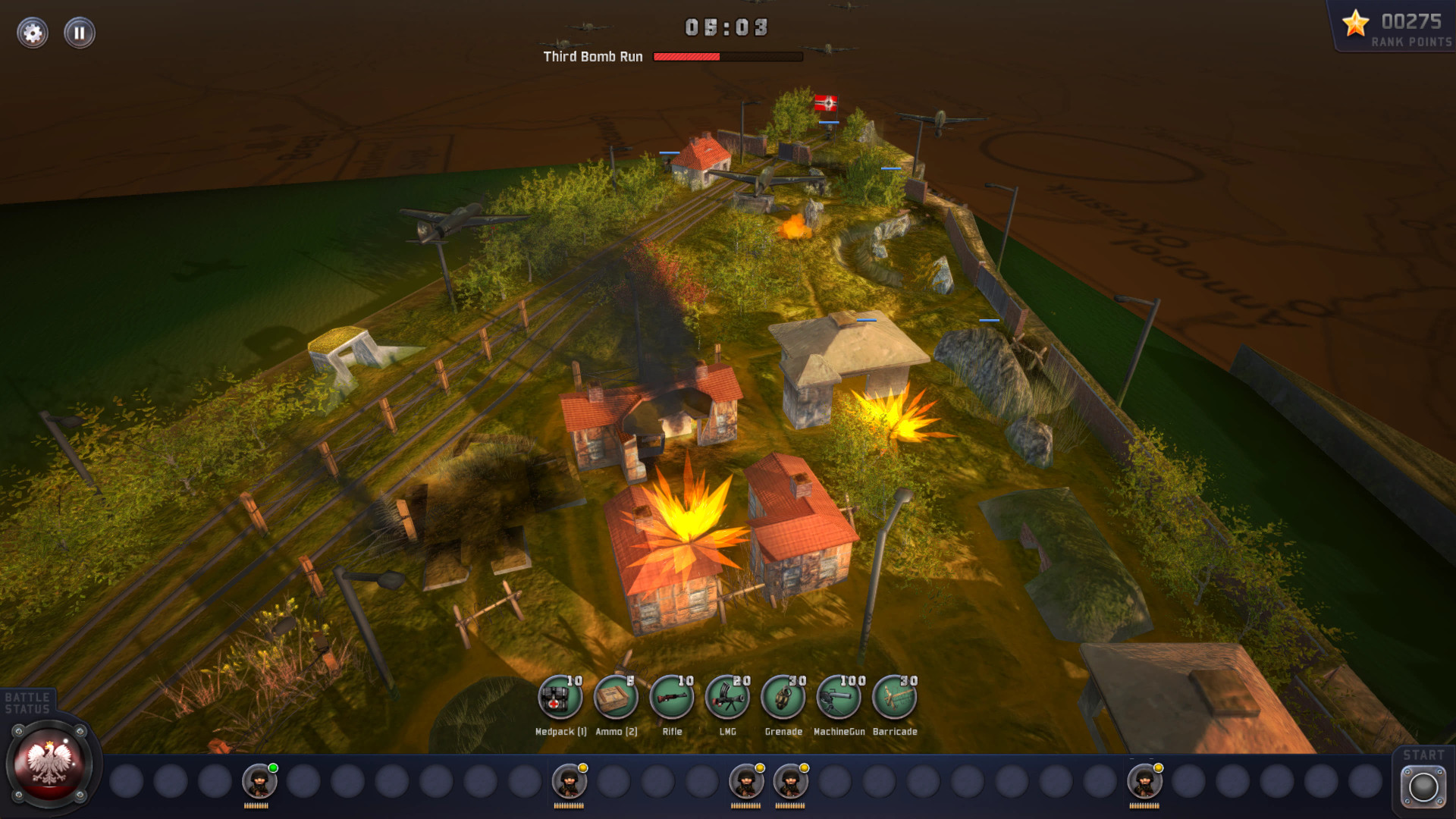 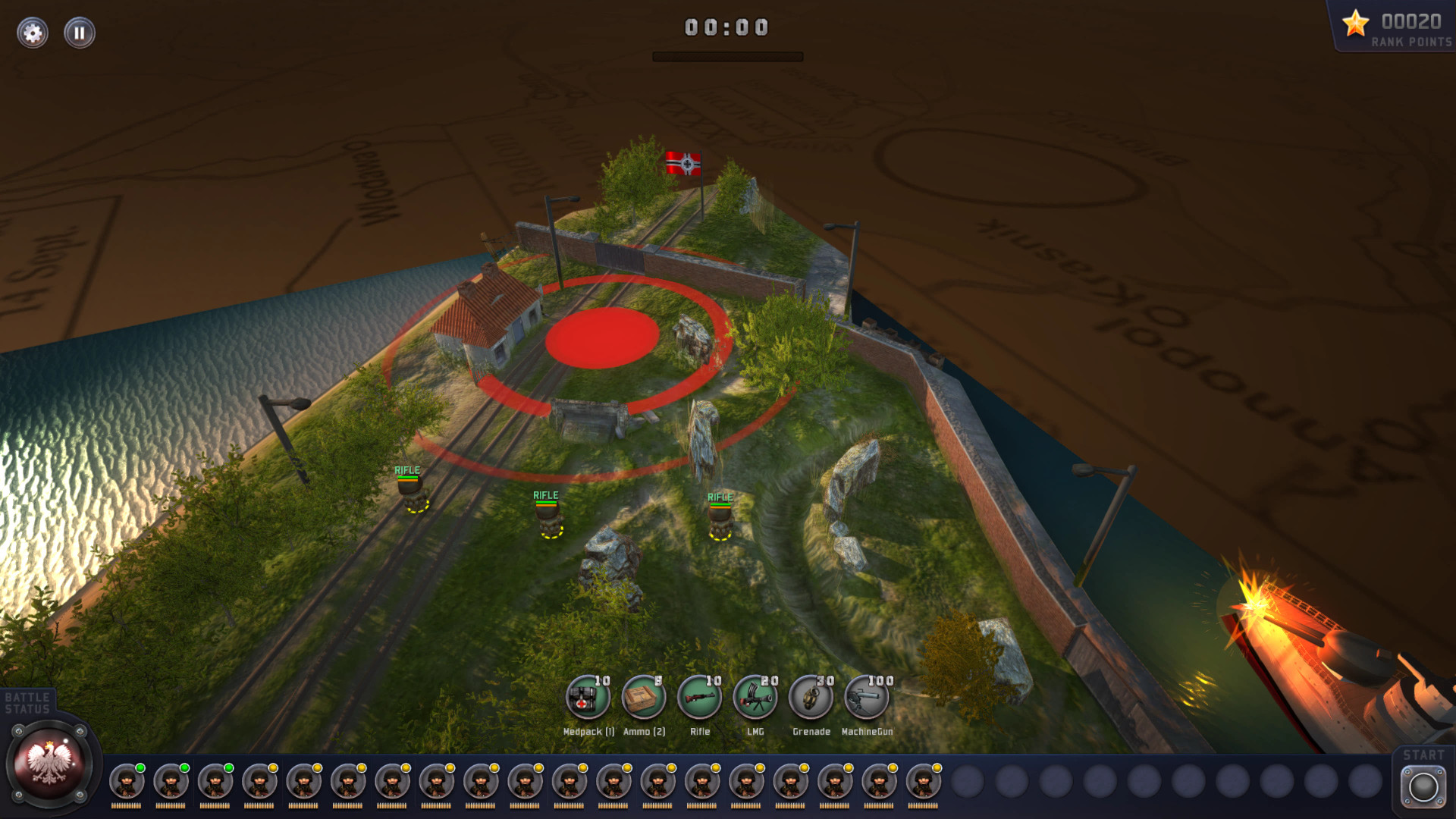 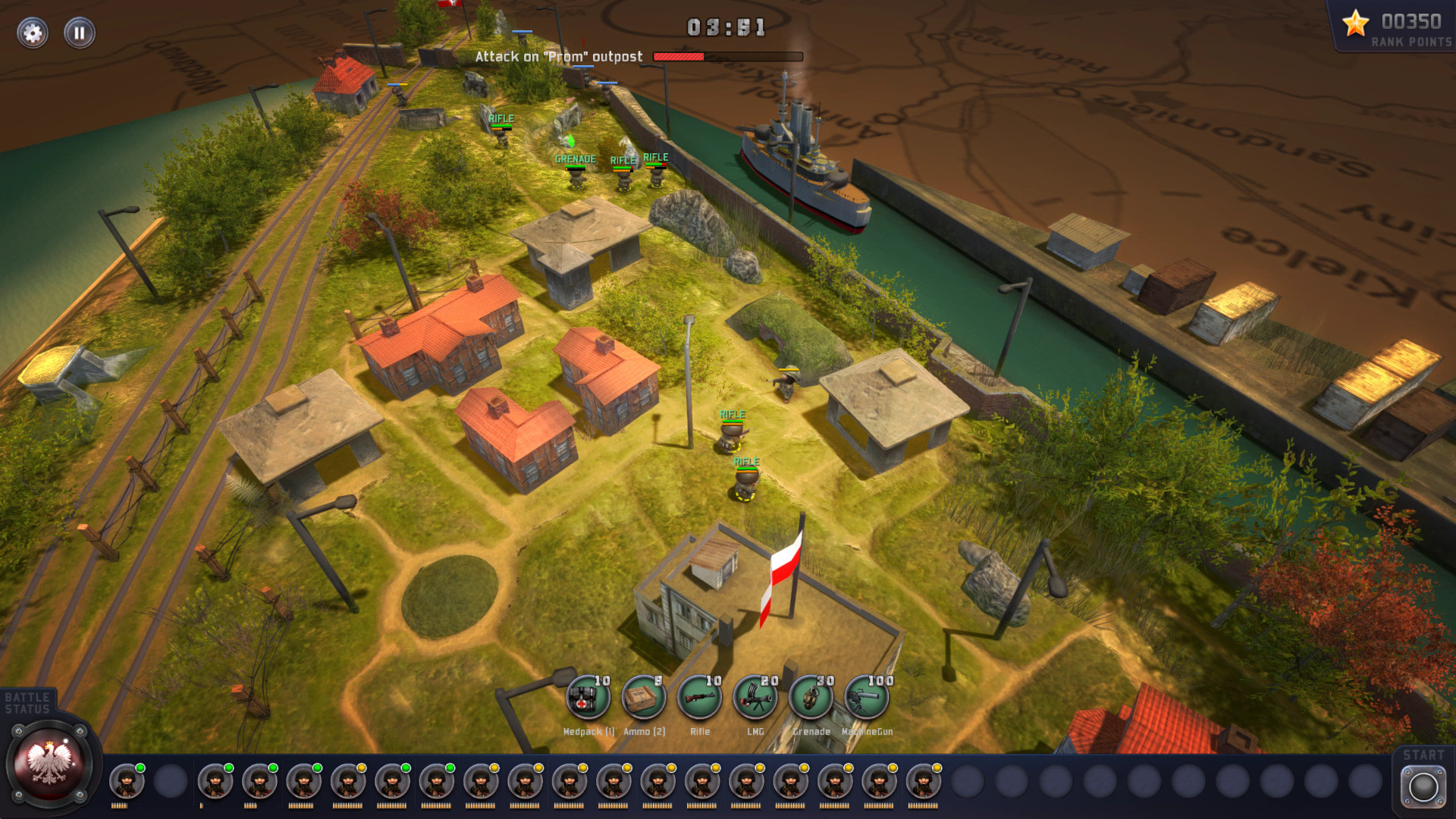 Battle of Westerplatte was unique in many ways, and this game will try to reflect on that. Players can expect that they will be outnumbered, outgunned, but not out of tactics. Also, expect enemies with brains, they will react to your strategies and apply counter strategies to break down your defences. All you have is a handful of soldiers to stand in their way.
Warfront Defenders as a series of games will attempt to take inspiration from the historical battles of WW2 and turn them into tactical games playable on small dioramas. This game is made in collaboration with the Museum of Westerplatte to derive inspiration from the actual event and design the level based on the actual maps from the period. Though this is not a chronological account of the battle, the gameplay and the tactics are heavily inspired by the proceedings of the historical battle and its challenges are designed to remember the defenders of Westerplatte.

Feature List:
✅ Destructible environments
✅ Position your soldiers anywhere, use cover tactics, some of the areas are more exposed than the others
✅ Equip/Add health and Upgrade/Downgrade your soldiers during battle
✅ Build fortifications, lay mines to slow down or kill enemies
✅ Reactive enemy AI, changes strategies based upon your movement
✅ Overwhelming bosses like Battleship Schleswig-Holstein, Stuka dive bombers, snipers