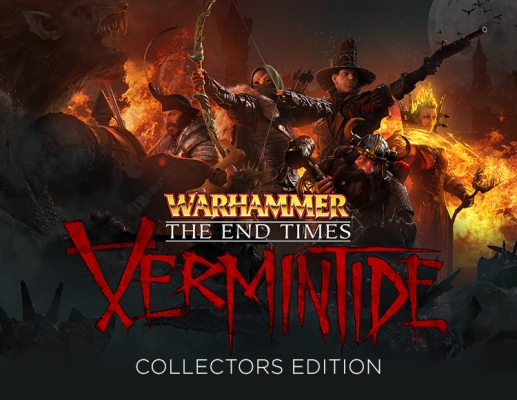 Uploaded: 17.09.2022
Content: text 18 symbols
Loyalty discount! If the total amount of your purchases from the seller SOFT-KLUB more than:
If you want to know your discount rate, please provide your email:

Become one of five Warhammer heroes, work together or die alone. The Warhammer: Vermintide series discourages lonely wolves and builds its gameplay on team interaction. Fans of the legendary fantasy universe should certainly purchase a licensed copy of Warhammer: End Times - Vermintide, because the atmosphere of eternal war and horror is conveyed here especially juicy. In keeping with the best traditions.

The Realm of Chaos is already on the doorstep, and the time of mortals is coming to an end. Driven by the call of the Morrslib Moon, the Skaven rat-people crawled out of the dark tunnels under the city of Ubershreik, and their vile horde began to sweep away everything in its path. The streets of the city were filled with blood and corpses, mixing with slop, everything sank in the darkness under the shadow of the Horned Rat.

Become one of the renowned heroes who challenged the horde. While the city is full of nightmares, and the city guards huddle in fear, only you can come out of the shadows and cut out the screeching horde of rats. The future is vague, but fate has planted loyal comrades for you. Fight together or die, plunging Ubershreik and the whole world into eternal terror. If you fall, the Empire will fall.