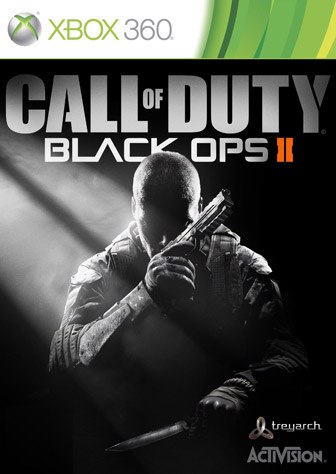 Uploaded: 31.03.2022
Content: text 28 symbols
Loyalty discount! If the total amount of your purchases from the seller ossis more than:
If you want to know your discount rate, please provide your email:

Cooperative play without a network: up to 4 players

Extras: There is support for 3D

Black Ops 2 - a direct continuation of Black Ops. The story spans two time periods - the "cold war" between the 80 United States and the Soviet Union and the conflict in 2025, which arose between the US and China.


The main characters - the same two. In the 80´s we have to play for Alex Mason and in the XXI century - for his son David. The role of the villain went to Raul Menendez. Once he was a brave soldier, but after the events that led him to take another look at the world, has become the most dangerous terrorist. It was he who in 2025 and start a new world war, staging a hacker attack on the Chinese stock exchange.


Daring attack will force China to revise the policy on the export of rare earth elements, most of which is produced in China today. Without these minerals are not modern electronics - both appliances and the latest military developments like quadrocopters. Judging by the roller, Menendez is not limited to financial breaking computers and takes control of unmanned combat systems.


But the elements of speculative fiction - is not important, what the creators decided to distinguish the game Black Ops II. For the first time in a series of campaigns to provide choice. In the plot, players are allowed to take part in the strike operations, and if more than one, you can perform only one. The outcome of the task - the success or failure - will affect the further narration.


Branching is and within individual levels. In the episode, revealed to reporters, the player is allowed to choose one of two options: to cover the squad sniper fire from the "nest" or accompany them on the ground. The authors state that our decisions and determine who of the key characters survive to the finals.


Subjected to alteration and the network portion. To heighten the interest of developers selected for matches in 2025, where there are the drones, a huge four-legged robots and sniper rifles, allowing detection of people through the building. Do not forget about the Treyarch and "cooperative" hunt zombies - the truth, and now this mode is uncoupled from the single-player campaign and multiplayer transplanted to the code. Following the fashion, the authors integrate Black Ops 2 with social networks and make it more friendly to competitive players.