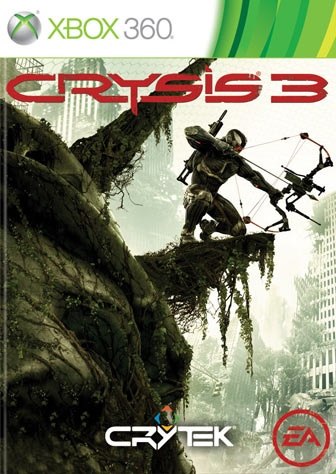 Uploaded: 28.08.2022
Content: text 40 symbols
Loyalty discount! If the total amount of your purchases from the seller ossis more than:
If you want to know your discount rate, please provide your email:

Cooperative play without a network: 1 player

Extras: There is support for 3D

2047. Supersoldat Prophet returned to New York and discovers that the metropolis has become a real jungle - with giant trees, impassable bogs and rough rivers. It turns out that large-scale metamorphosis was caused by a corrupt corporation CELL, which under the guise of the good in order to protect the population against the aliens, erected above the town nanokupola. In fact, the corporation seeks to take over the world, and the Prophet determined to frustrate criminal plans. He is armed with a deadly bow, dressed in a Nanosuit improved and ready to use the most destructive alien technology. The hero is determined to resist all who stand in his way - and mercenaries CELL, and aliens who have stayed in the world. He has in this case the interest - the undefeated hero seeks to rediscover the humanity.

New York, covered with a huge dome, turned into a real urban jungle. Learn basic in each of the seven areas and turn them into their hunting grounds.

As the plot full of twists and turns in which you own the role of the Prophet, you will learn the truth about the death of his squad.

Assess the situation, adapt and attack. Get ready for more open levels and improved Nanosuit, granting more opportunities and tactical freedom. Proceed secretly or go ahead - only you decide how to fight.

In Crysis 3 is a most lethal arsenal in the history of the series. In addition to the bow and the most modern means of destruction of the enemy, created the world, you are also waiting for the aliens captured weapons.

Experiment with equipment nanokostyuma and enjoy the new game mode.

Last date version of the famous engine allowed to put all the ideas of the creative team of Crytek, to create a luxurious graphics and exciting gameplay.