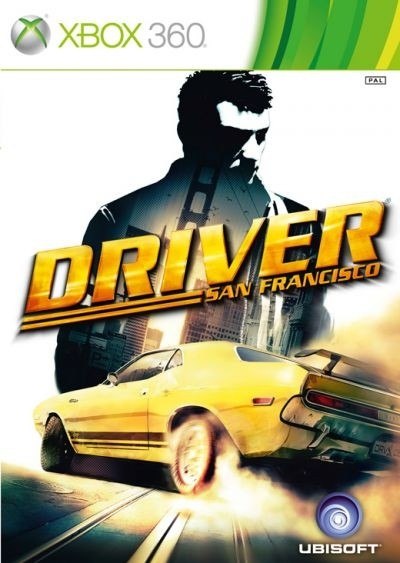 Uploaded: 31.03.2022
Content: text 22 symbols
Loyalty discount! If the total amount of your purchases from the seller ossis more than:
If you want to know your discount rate, please provide your email:

Watch out for the car! The continuation of the famous series of racing action games, sold out in the world with a circulation of over 14 million copies. The criminal authority of Charles Jericho was released, and the tranquility of San Francisco came to an end. Only one person is able to resist the mother of the mafia. The one who traversed the streets of hundreds of cities, hunting for criminals. He knows that coping with Jericho will not be easy and this may be his last task. His name is John Tanner. He is a DRIVER.
Game features

Playing a movie
Feel the indomitable excitement of car chases! Spectacular spins, long drifts, sharp turns and high-speed maneuvering in heavy traffic: “Driver: San Francisco” is not inferior in performance to the best kinoblokbasterov. Behind the wheel of each of more than hundreds of licensed cars, you will feel like a hero of a Hollywood action movie.
Endless hunting
Become the protagonist of the action story! Your hero - Detective Tanner, relentlessly pursuing the famous mafia Jericho. Believe me, he has personal reasons for hatred. He must survive this crazy San Francisco race and retaliate.
The car is a friend of the detective
Miraculously surviving a terrible car accident, Tanner gained the unique ability of Shift, which allows you to instantly move from one machine to another. Instantly change cars during the chase to a faster, stronger or more powerful. It is possible that you even manage to take control of the enemy´s vehicle.
Oh, dear!
You have more than two hundred kilometers of magnificent San Francisco roads. You will pass over the Golden Gate Bridge and see all the sights and famous beauties of this luxurious city. Moving from one car to another, you can look at the metropolis from a variety of angles.
Mad traffic
Compete with other drivers in nineteen dynamic multiplayer modes! The Shift function will allow you to be in the right place in time. Play with friends online or on a split screen.
And much more
Record your most spectacular races and chases, edit videos and share them with friends. Test your driving skills in twenty trials and eighty "challenges" on the streets of the city. Well, they will cheer up and whip up more than sixty musical compositions of famous performers, as well as the original Driver theme, to new achievements.