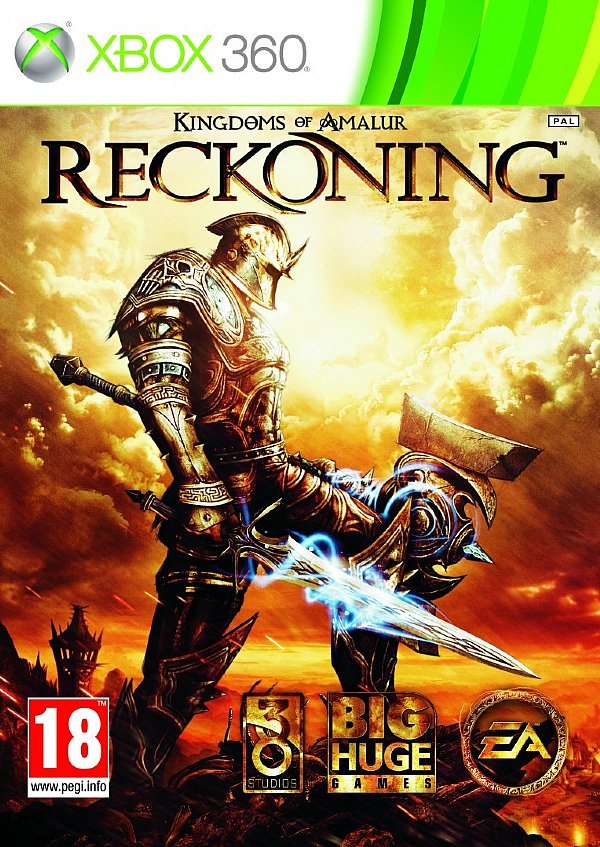 Loyalty discount! If the total amount of your purchases from the seller ossis more than:
If you want to know your discount rate, please provide your email:

Cooperative play without a network: 1 player

Kingdoms of Amalur: Reckoning - it´s dynamic battle in the third person, the study of the game world, and create a system of thoughtful character development and action-story set in the fantasy universe of detailed. Adventures of the protagonist begins with miraculous resurrection: it turns out that he owns the incomprehensible and extremely dangerous magic that can change once and for all Amalur. Caught in the middle of a fierce confrontation of several races, factions and alliances, the elected shall disclose the secret of his immortality and put an end to the ancient evil that threatens the world.


Kingdoms of Amalur Chronicles describe ten thousand years. In the game Kingdoms of Amalur: Reckoning recreated a fragment of an epic story, born of the pen of the famous writer Robert Salvatore - the life of a hero, but one that is destined to determine the fate of the entire universe.


Each structure tree and a living being in the universe of Kingdoms of Amalur is unique and is part of a whole: marvelous landscapes, wonderful city, colorful characters and fantastic creatures - all of this is done in a recognizable style of the famous artist Todd McFarlane.


Fight with imagination. Innovative combat system allows each Action Magic to deal with enemies on their own, using the nine classes of weapons for close combat and a host of devastating spells. Destroy the enemies in grand battles with powerful finishing moves that change the traditional role-playing games for the mechanics of the battle.

The art style and images. Visual representation of the game world - a fantasy creator of the comic book series "Spider-Man" and the occult anti-hero Spawn, founder of the publishing house Image Comics Todd McFarlane: thanks to him, the battle in the game look so impressive, the enemies - the terrible, and the scenery - awesome.

Master of his fate. Create your own hero, choosing unique skills, and appreciate the revolutionary Destiny system, according to which the future is determined by the actions of the character and moral choice. Millions of combinations of weapons and armor will allow you to realize your dream of a perfect hero.