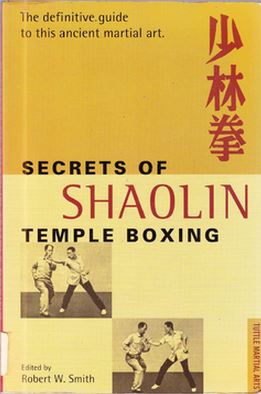 Shotokanknight information about the seller and his items
offlineAsk a question

The book "Shaolin Temple Boxing" was created by Robert Smith back in 1964, at the height of his fame all sorts of martial arts of the East. A curious book - always interesting to see how perceived Wushu in the middle of the last century. Robert Smith can be considered the most famous promoter of martial arts in Europe, and this book is undoubtedly also deserves close attention. In it, he demonstrates the main so-called "Temple of boxing," ie, varieties fist fight, the practice at that time in the Shaolin Temple without any changes. The techniques are simple and clear, for the most part have long been known to the public sports, but it´s not in them, of course, martial arts are developing a special way, very interesting to see how they evolve and what might be considered "origins." These sources and is dedicated to this book.

Improvement in the Yang style Taijiquan