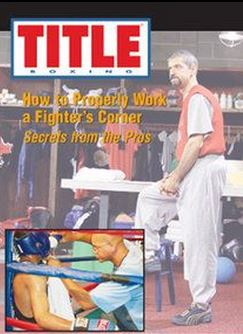 If for any martial arts techniques are thousands of books written and photographed a huge number of all kinds of video, then the behavior in sport of full-contact fight offensively very little information. Meanwhile, it is worth noting that the vast amount of fighting going on there, in the ring or mat, because in real life we do not have to fight as often as in training.

In this video tutorial famous coach of Olympic champions in boxing instructor and mixed martial arts Rus Anber show something rarely found in other training films: how to work with a fighter after the round, customize it to win, motivate, and to suggest ways of overcoming mistakes of the enemy - in short All that can tip the victory in equal fight in your favor. Perhaps this is one of the most important video in the preparation of this single combat.