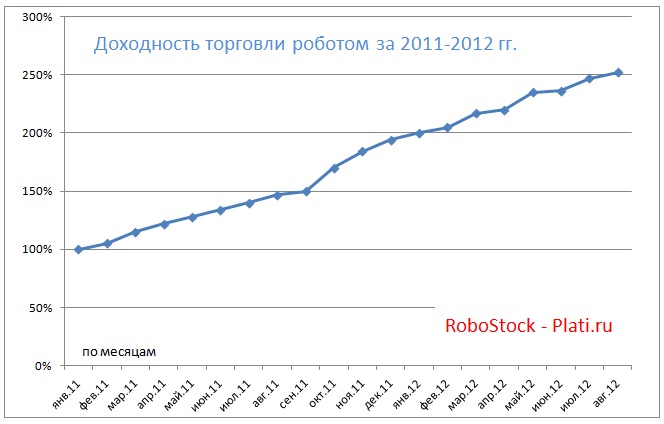 RoboStock information about the seller and his items
offlineAsk a question

Robot to work with the program QUIK on MICEX and RTS FORTS developed using algorithmic language Qpile, built in the most popular trading terminal QUIK.
Designed for synthetic arbitrage and pair trading, namely:

This product has been developed and is currently applied vendor for his own trading.

Personal profitability seller in this robot 80-90% per year, the possibility of wrapping greater liquidity.

In case of a positive response - the seller is obliged to hold a 2-hour training profitable arbitrage on the stock market with the help of the robot via Skype.